Samuel Ward successfully completed his Diaper Drive Eagle Scout Project for the Diaper Bank of Minnesota by raising a whopping 12,745 diapers and 6,533 wipes. Samuel is from Lino Lakes and a member of Troop 906 which is sponsored by The Church of Jesus Christ of Latter-day Saints in New Brighton.

Samuel selected this as his Eagle Project because he wanted to help babies in need. He had a personal goal of raising 8,000 diapers so that he could help prevent as many babies as possible from getting severe infections and rashes since 1 in 3 families can’t afford enough diapers.

For the past two weeks he made many presentations to local groups including churches and a rotary club, hung up posters, had his project in the paper and social media sites. He organized volunteers from his Troop to help at drop-off sites at two churches. Other drop off locations included a Rotary Club and the White Bear Lake Bremer Bank.

Today, Samuel finished with the delivery of diapers and wipes, leading a group of volunteers and family members to sort and pack 15,584 diapers (some that were already at the Diaper Bank, including his).

There were 97 individuals and families that contributed to Samuel’s project. Some diapers are still flowing in and will be delivered at a later date. Samuel will also be submitting a request to the Kimberly-Clark Company to match what he was able to raise during his Eagle Project for the Diaper Bank. 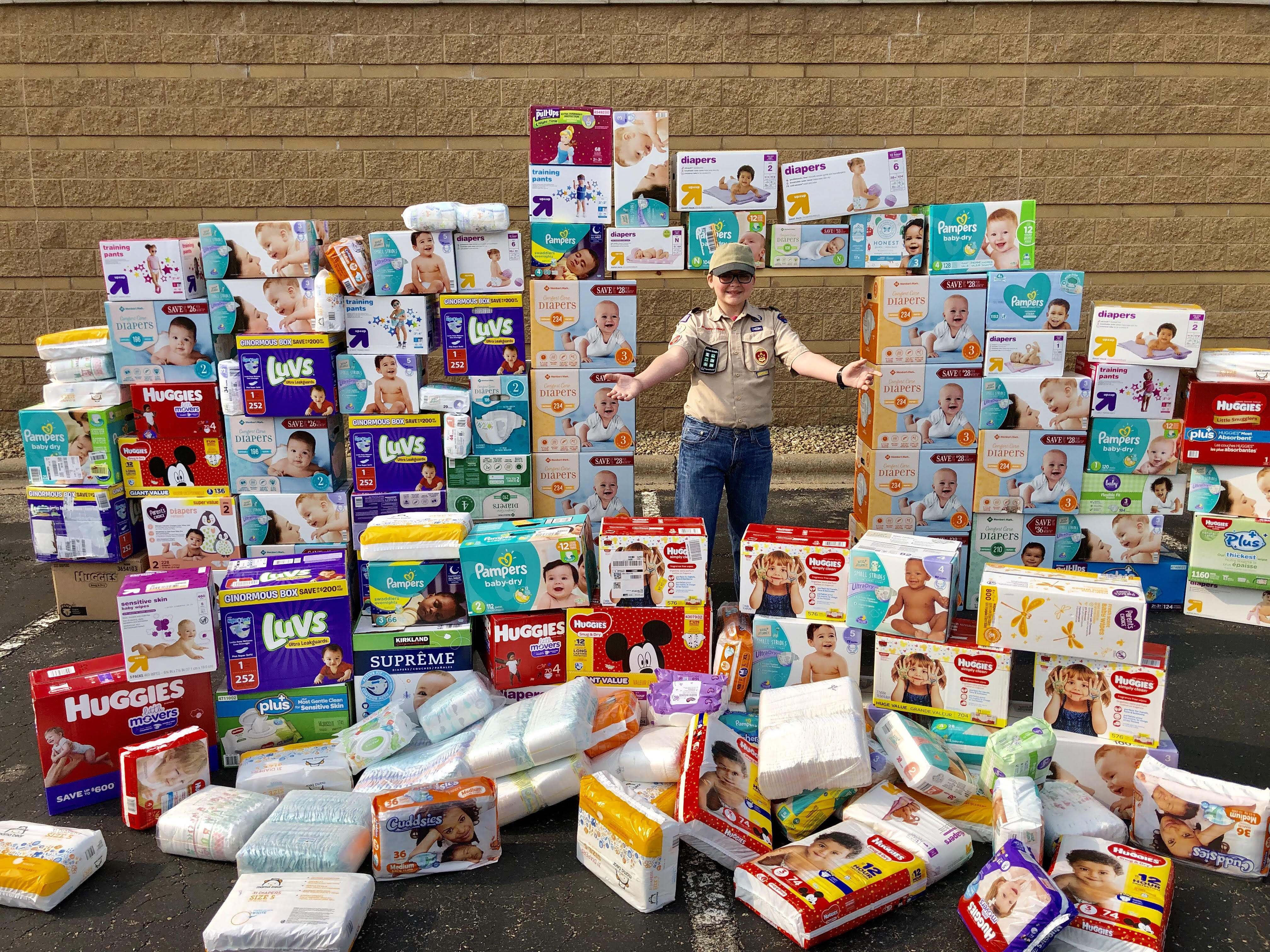 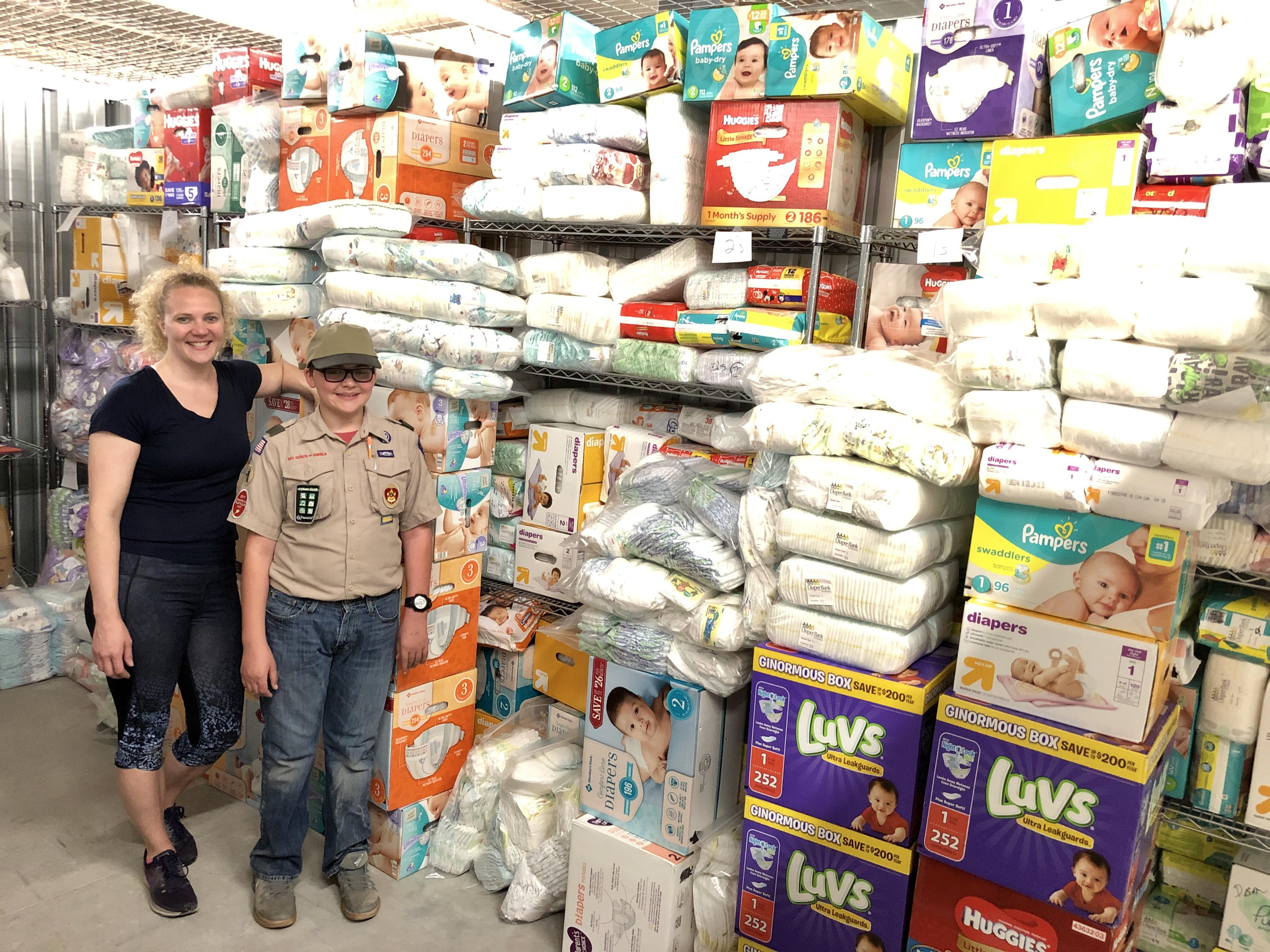